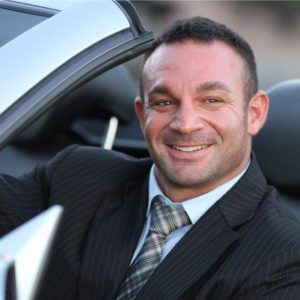 Nahum Justin Vizakis grew up in a suburb just south of Boston, MA. Nahum has been an athlete since the age of 15 and continues to challenge himself to optimize health and wellness daily. He joined the U.S. Army on December 11, 2001, and served 10 honorable years in Special Operations as an Explosive Ordnance Disposal Specialist.

Nahum began bodybuilding in 2009 while in Iraq, winning the overall he continued to compete in nine more competitions winning 3 overall titles and 5 first place titles. This process inspired him to master his mind and body and subsequently studied Psychology at Arizona State University. Once completed he went on to study alternative methods of healing, becoming a Master bodyworker, Certified Nutritional Microscopist, Fascial Stretch Therapist and Reiki Energy master to complement the scientific aspect of his training. By combining all of these functional methods of approaching the mind, body and energetic aspects of the human body, Nahum has created his own method of identifying imbalances in the body and mind and using natural means to balance them out. Working with Indigenous people from South America, Central America, and Southeast Asia, there is a special depth and understanding of the human energetic and physical anatomy combined with the passion and creativity of healing that will leave you blown away at the knowledge you will gain from his wisdom.

Nahum Currently lives in Las Vegas and is a proud father, living life to serve humanity in its need for healing and balance.